How to Prevent a Dryer Fire

Further compounding the problem of dryer fires is the fact that many people now install dryers outside of their basements. This typically results in dryer vent pipes being much longer. Those longer vent pipes have a greater likelihood of being twisted and turned to accommodate the structure of the home—and that creates spaces for lint to collect.

What could happen if my dryer catches on fire?

Kevin Sippy, an insurance adjuster in ERIE’s Wisconsin Branch, inspects about five dryer fires every year. One particularly bad one happened when a customer laundered an item containing a type of rubber not meant to be dried at a hot temperature. When she turned the dryer to high, the material combusted and caused a blaze that destroyed $44,000 worth of property.

VIDEO: Watch how quickly a dryer fire can spread

In another instance, a customer suffered $200,000 of property damage from a fire that started after she took her laundry out of the dryer. That customer washed towels that had been soaked in a sizable amount of sanitizing solution. She then placed the towels, which still had traces of the sanitizing solution, in the dryer. When the towels dried, they ended up spontaneously combusting and causing a fire that burned through an entire floor.

“We literally had to gut the house,” says Sippy, who changed his own laundry habits after that fire. “Now, I never dry anything higher than the low setting—I’d rather take a little longer to dry my clothes than burn my house down.”

1. Clean out the lint. “It starts with cleaning out the lint filter every time you use the dryer,” says John Hall, Ph.D., division director of Fire Analysis & Research for the National Fire Protection Association. He also advises clearing out the vent pipe to reduce the chance of fire and to maintain the efficiency of the dryer.

2. Install with care. Be sure to follow the manufacturer’s instructions when installing the vent pipe. Use a short, straight pipe that’s an adequate distance from the wall. By reducing the bends in the dryer vent pipe, it creates fewer opportunities for lint to gather. If you have to vent your dryer over a long distance, consider investing in a dryer vent fan. These automatic electric devices speed up airflow through the duct every time you turn on your dryer to keep things moving along. A dryer vent fan should be installed by a licensed electrician.

3. Clear out combustibles. Move any flammables like cleaning supplies far away from your dryer. Also regularly sweep out dust in the areas around and underneath your dryer.

4. Opt for a solid metal dryer duct. Research shows that flexible foil or plastic ducts can sag and lead to lint buildup at low points. Metal ducts of any variety don’t sag, and they’re more likely to contain any fires that would start.

5. Read tags. If the care label reads tumble dry low, don’t turn the dryer up to high. Also use caution with certain items like bath mats, padded bras, and bibs—they may contain rubber that shouldn’t be exposed to hot temperatures.

7. Use your clothes to diagnose problems. Clothes that no longer feel dry or that are extra hot to the touch after a normal dry cycle are a telltale sign that something’s wrong. Before doing the next load, check for a plugged vent and clean out any lint.

8. Don’t dry and dash. Turn off your dryer if you need to step out during the laundry cycle.

Another way you can protect your home is with the right homeowners insurance. Talk with an insurance professional like an Erie Insurance agent to learn more and get a free quote.

Laundry is part of life’s weekly grind. But did you know that dryers cause roughly 15,500 home structure fires, 29 deaths, 400 injuries, and $192 million in direct property loss each year? What’s more, most dryer fires happen in the winter.

What can cause a dryer fire?

The most common cause of dryer fires is the failure to do a thorough cleaning. Because a lint trap is not a foolproof method for catching all the fuzzy stuff from clothes, lint can gradually build up and catch fire in the heating element or exhaust duct.

Haven’t heard of us? Erie Insurance started with humble beginnings in 1925 with a mission to emphasize customer service above all else. Though we’ve grown to reach the Fortune 500 list, we still haven’t lost the human touch.

Contact Boergert Wright Insurance Agency today to experience the ERIE difference for yourself. 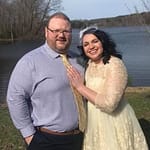 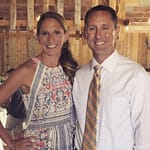 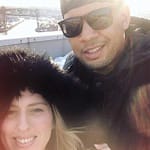